Today, the Four Mikes on Bikes left Montefranco and cycled 76 miles to Roma. 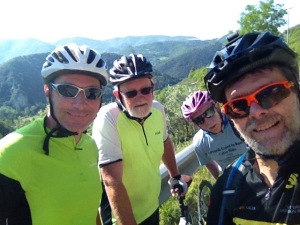 As they departed this morning, the Mikes were all smiles.  After all it was a beautiful day and they were almost there.  They hadn’t seen Grims for several days (he must have heard about that 24-hr wine fountain), the bikes were in good repair, and Mick & Malcolm had patched up their ‘coming round the mountain’ misunderstanding.  What could go wrong?

Having become accustomed to amorous Italian lorries snuggling up when overtaking (imagine the gentle swish of a giant wheel-well brushing against your cheek), the Four Mikes were sanguine when they were passed very closely by two vehicles.  However, one lorry then burst a tire but kept going, which pelted the riders with hot rubber and steel wire, and set the grass verge alight.  Fortunately no one was injured, but Mike Burton’s bike suffered a puncture from being hit.  This makes the 3rd flat tire for Mike’s bike – it deserve a long rest and an ice cream when it reaches Rome!  Despite all this, the grins remained in place as can be seen from the photos below! 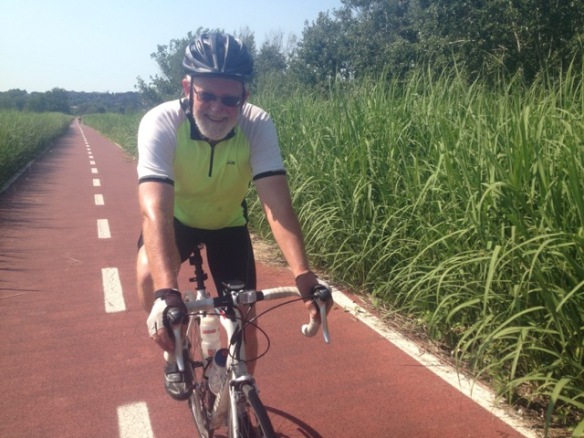 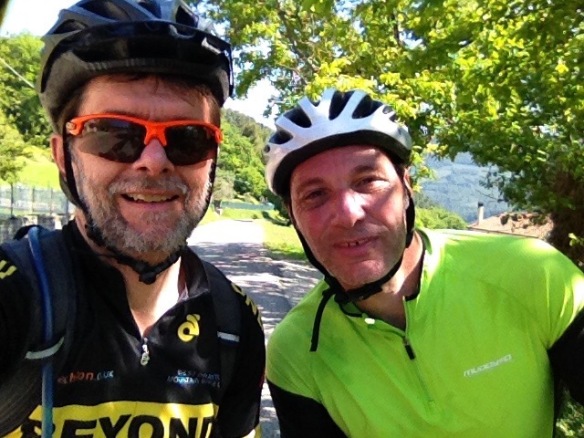 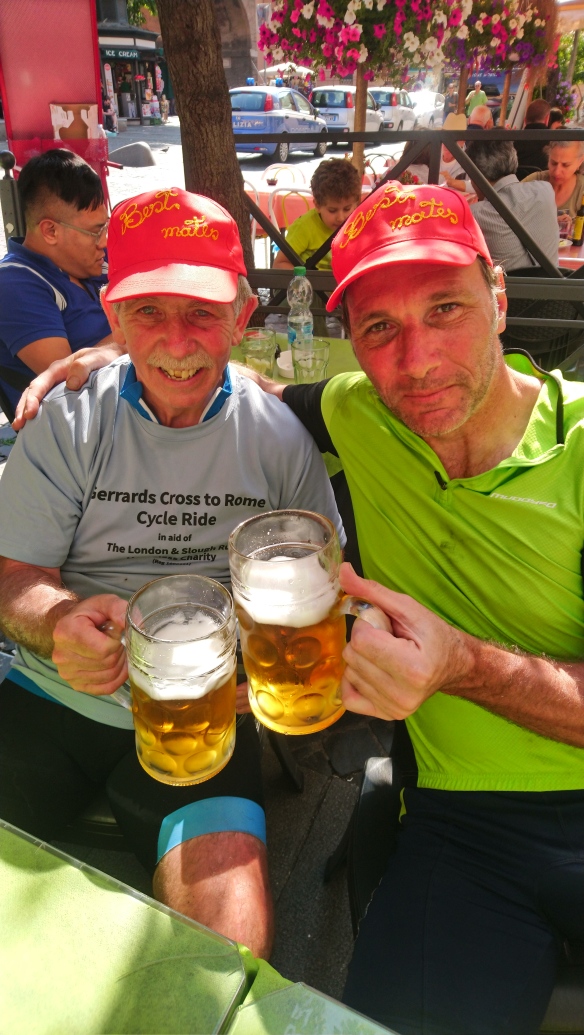 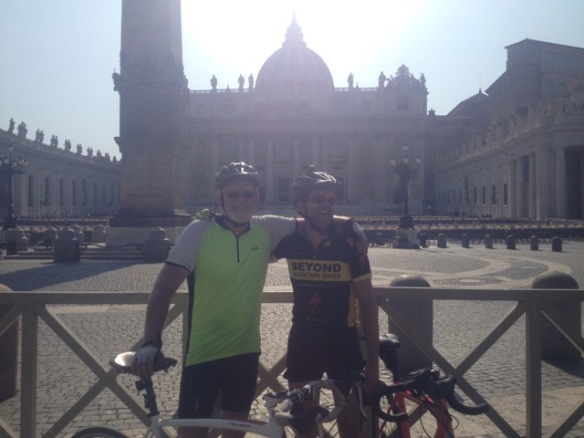 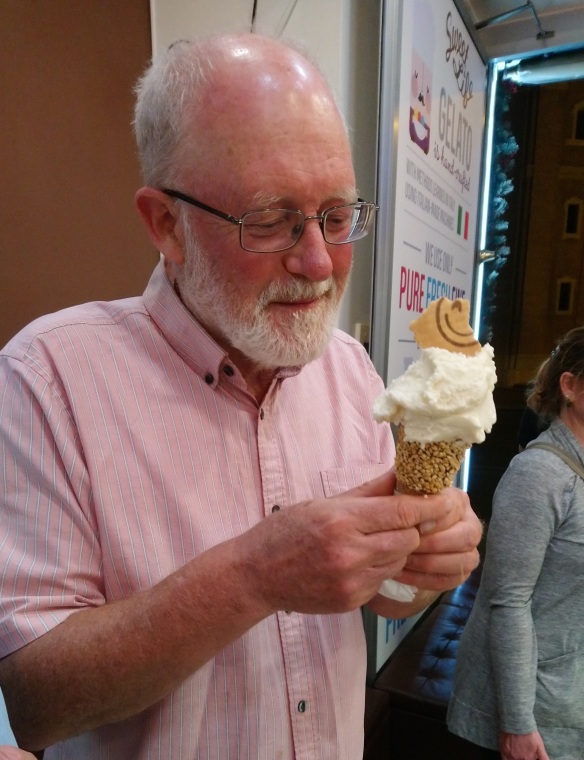 I am not sharing this 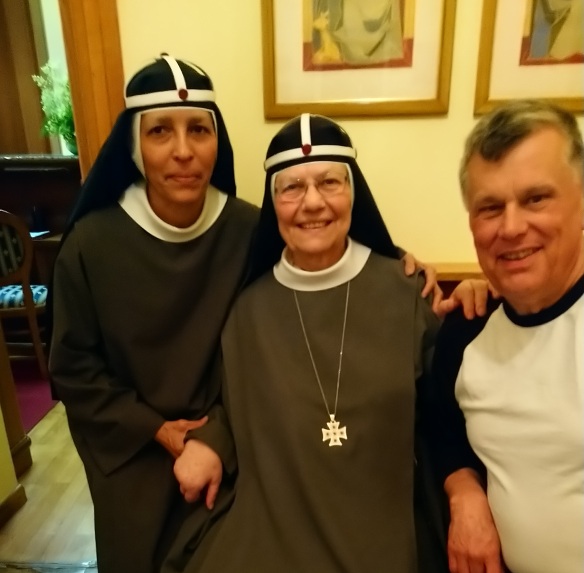 The Tour is raising money for the London & Slough Run; you can make a donation at:
https://www.justgiving.com/campaign/4mikesonbikes